Damian Sommer on The Yawhg

Damian Sommer did a casual AMA on Reddit recently, about his upcoming game, The Yawhg. I got to ask him a few questions. Here's what he had to say.

What brought you out of your usual "let's make fucked up platformers" style?

"I was just kind of tired of them. There's still one more platformer I really want to finish, (The Clown Who Wanted Everything), but besides that, I'm just extremely bored of them now."

How did Emily and you decide to work on a project together?

Damian: "We didn't, actually. We got paired up by Miguel of Spooky Squid Games for an event he was running called Comics vs Games . The idea was to gather up some game developers and comic artists, and pair them up together! Emily and I both like"

How was working together?

Damian: "Everything actually went incredibly smoothly. I'd suggest something, and Emily would just go with it, and vice-versa. I kind of wish there were struggles to report to make things more interesting, but nope!"

From your tweets you've been working on it for about 1.5 years, correct? Could you draw a line graph of the progress during that time? Perhaps with important milestones? Bonus if there's duck-sized horses in the corner.

Damian: "Correct. However, as you'll see from the following graph, it was certainly not a full-time affair." 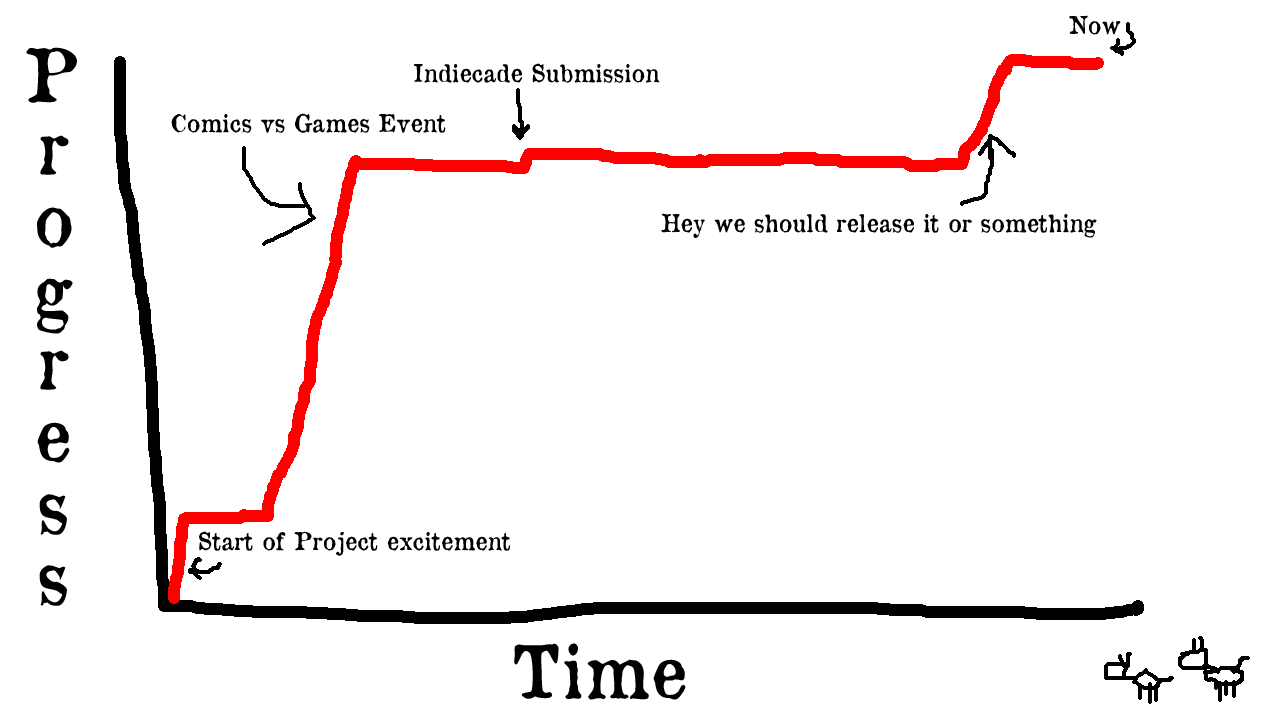 Watch now
Looking for the homepage?
Another article: Some mistakes Rust doesn't catch